Our state economy is stronger when all working families can make ends meet. Unfortunately, since the 1970s, wages have generally stopped growing with the economy and many working families find it difficult to pay for basic needs. As shown in the graph below, hourly wages grew in tandem with productivity during the late 1940’s to the early 1970’s. During this period economic gains were broadly shared by the very workers who helped create this growth. Yet, after 1973, while productivity continued to grow, wages for most workers did not. 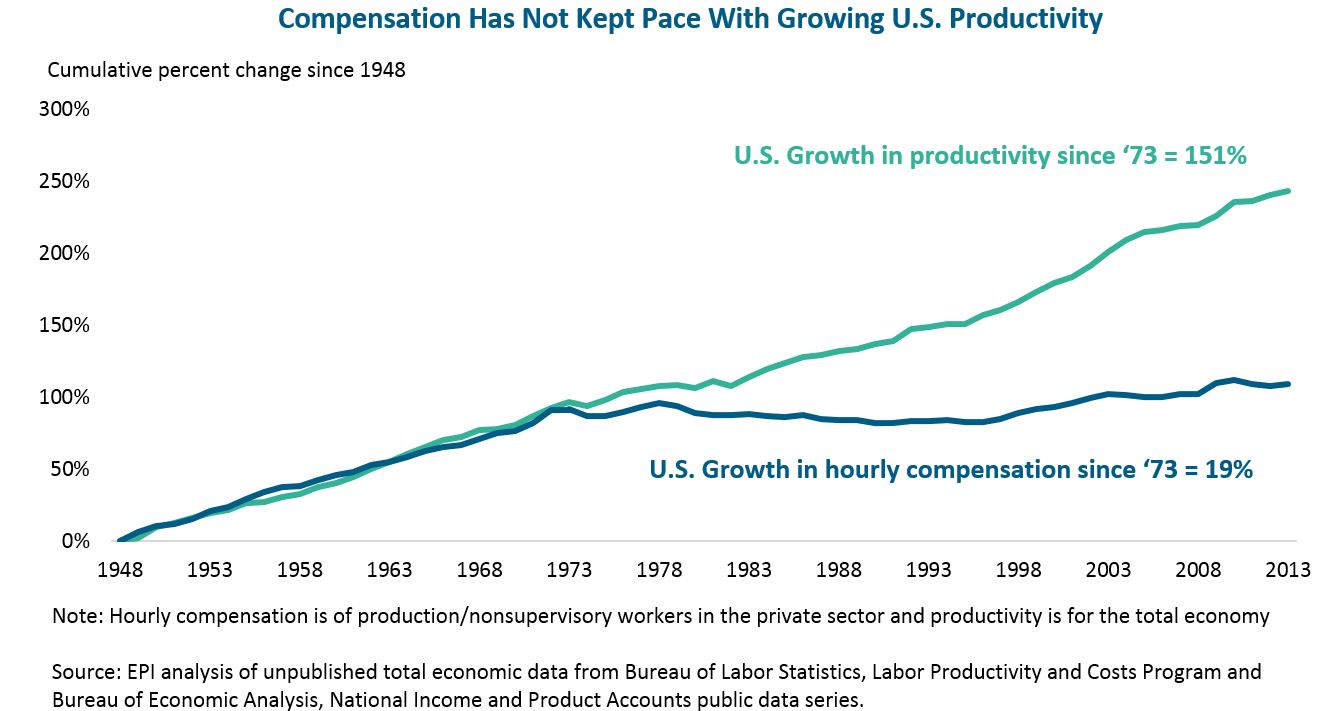 In addition to the need for sound wage policies, it is important to have strong education and training systems to support economic mobility. However, people seeking to increase their skills at public institutions of higher education have seen tuition and fees roughly double over the past 15 years, while state support declined.1 Additionally, workers hoping to learn specific job skills through the state’s workforce development programs often find long wait lists for enrollment. Overall, jobs and workforce programs have been cut by 24 percent since 2001 (see MassBudget's Jobs & Workforce Budget). 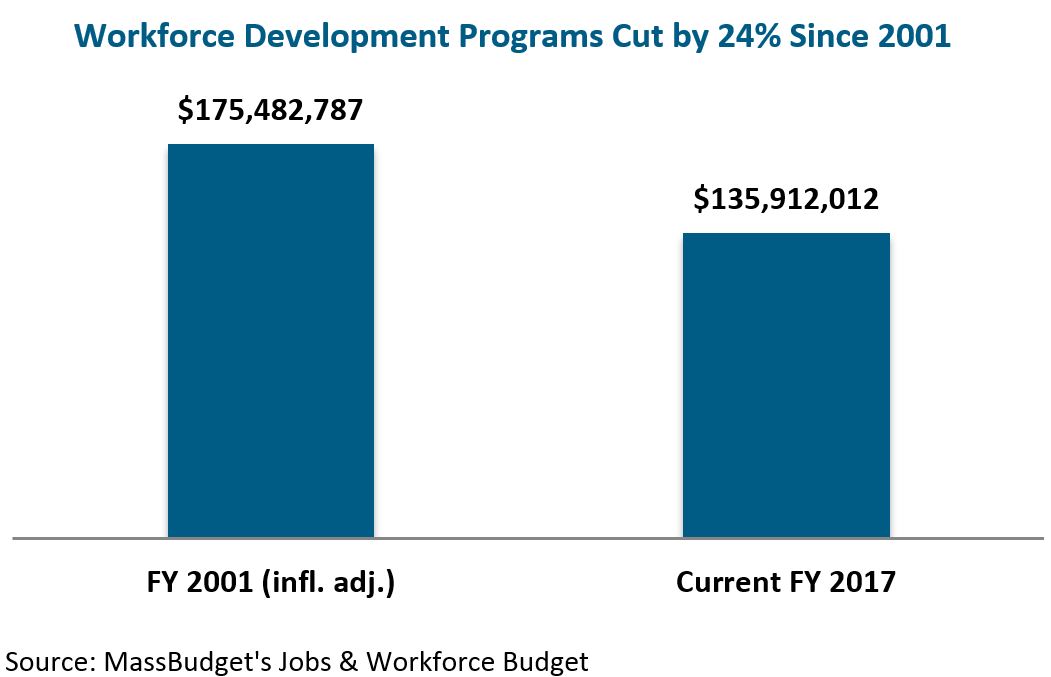 Recently, Massachusetts made significant progress towards combating these trends by increasing the minimum wage in phases to $11 per hour at the start of 2017. Even with these increases, however, many low-wage workers will still struggle to make ends meet. In 2017, a full-time, year round minimum wage worker will only earn $22,880, pre-tax. If, by contrast, the minimum wage in 1968 had grown in line with national productivity, our lowest wage workers would be earning $18.85 an hour, or roughly $39,000 per year.2

A number of states and localities recently approved minimum wages up to $15 an hour to be phased in over the next several years. A growing body of research shows that increased labor costs associated with higher minimum wages can be offset in a variety of ways, including:

When workers earn enough to pay for the basics, it is not only good for families but it also strengthens our overall economy. A higher minimum wage increases families’ take-home pay, helping workers with both financial security and their ability to purchase goods and services in the local economy.

2 Economic Policy Institute (2016) The top charts of 2016: 13 charts that show the difference between the economy we have now and the economy we could have.

4 Center for American Progress (2012) There Are Significant Business Costs to Replacing Employees: 2

5 Center for Economic and Policy Research (2013) Why Does the Minimum Wage Have No Discernible Effect on Employment?: 21

9 Center for Economic and Policy Research (2013) Why Does the Minimum Wage Have No Discernible Effect on Employment?: 18;
Political Economy Research Institute, University of Massachusetts, Amherst (2010) Combining Minimum Wage And Earned Income Tax Credit Policies To Guarantee A Decent Living Standard To All U.S. Workers: 21