Where Does the Taxachusetts Label Come From?

Overall, the level of taxation in Massachusetts is in the middle of the pack when compared to the rest of the country. Total state and local taxes paid in Massachusetts as a share of total personal income was 10.4 percent in FY 2011 (the most recent year for which national data is available). That places Massachusetts 21st among the states and below the U.S. average of 10.6 percent (see Figure 1).1

Taxes, of course, are the primary way that the people of a state fund education, infrastructure, safety net protections, and other public services. With taxes in Massachusetts in the middle of the pack nationally, why do we sometimes hear the name "Taxachusetts" applied to our state? The answer has to do with history rather than current reality. 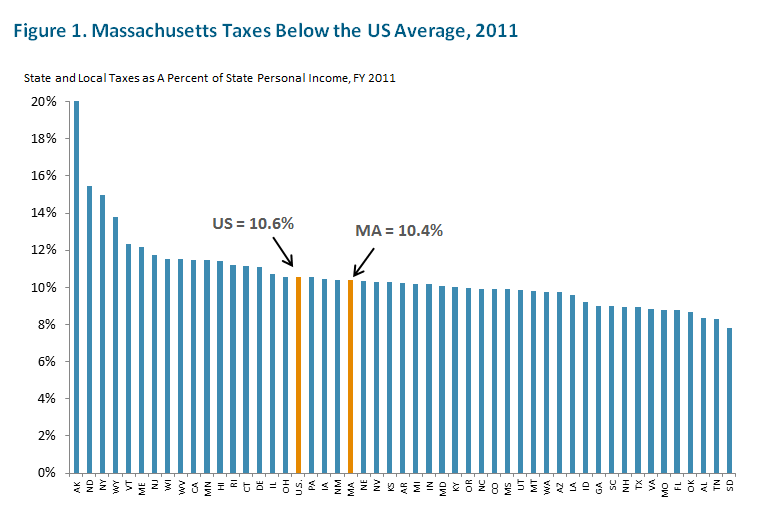 The Taxachusetts label is a legacy of the 1970s—and at that time the label had a basis in reality. In FY 1977, Massachusetts was a relatively high-tax state, as Figure 2 shows. In fact, taxes as a share of income were higher in Massachusetts at that point than in all but two other states. 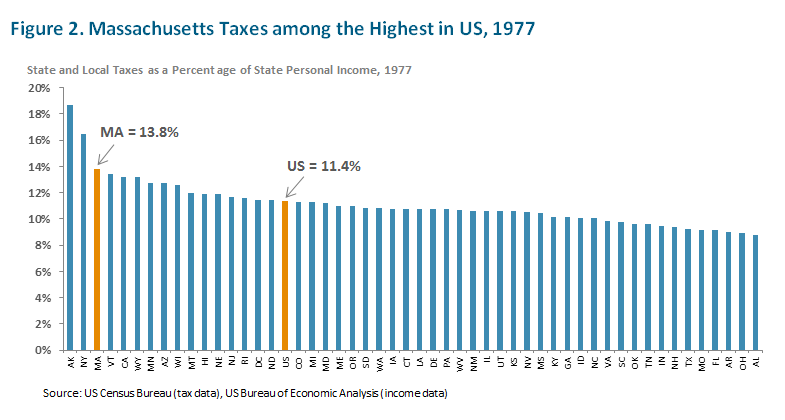 Since the late 1970s, tax policy in the Commonwealth has changed dramatically. The approval of Proposition 2½ in 1980 reduced property taxes, and then, particularly in the 1990s, the Commonwealth reduced state taxes—primarily the income tax—significantly.2 As a result, between 1977 and 2011, Massachusetts reduced taxes more than all but one other state, as Figure 3 shows.

1 See MassBudget, "Facts At a Glance: Massachusetts Ranks in Middle for Taxes in FY 2011".