What Is the Actual State Cost of MassHealth in 2018?


This year, the MassHealth program (the name for Massachusetts’ Medicaid program) will provide health insurance for 1.9 million residents: children in low-income households; low wage workers; elders in nursing homes; people with disabilities; and others with very low incomes who cannot afford insurance. This is more than one-quarter of the Commonwealth’s population, including close to one-half of all children.1 Not surprisingly, such a significant program represents a large share of the state’s budget. However, since Medicaid is a partnership between state and federal governments, much of this essential health care coverage is actually paid for by the federal government. The Governor’s proposed Fiscal Year (FY) 2018 budget includes approximately $16.6 billion for MassHealth. This total (or “gross” amount) is approximately 37 percent of total state budget appropriations.2 Since the federal government reimburses Massachusetts for more than half of this spending (see below)3 the state’s cost for MassHealth (“net”—or minus—federal revenue) is $8.0 billion, 24 percent of the total net budget. 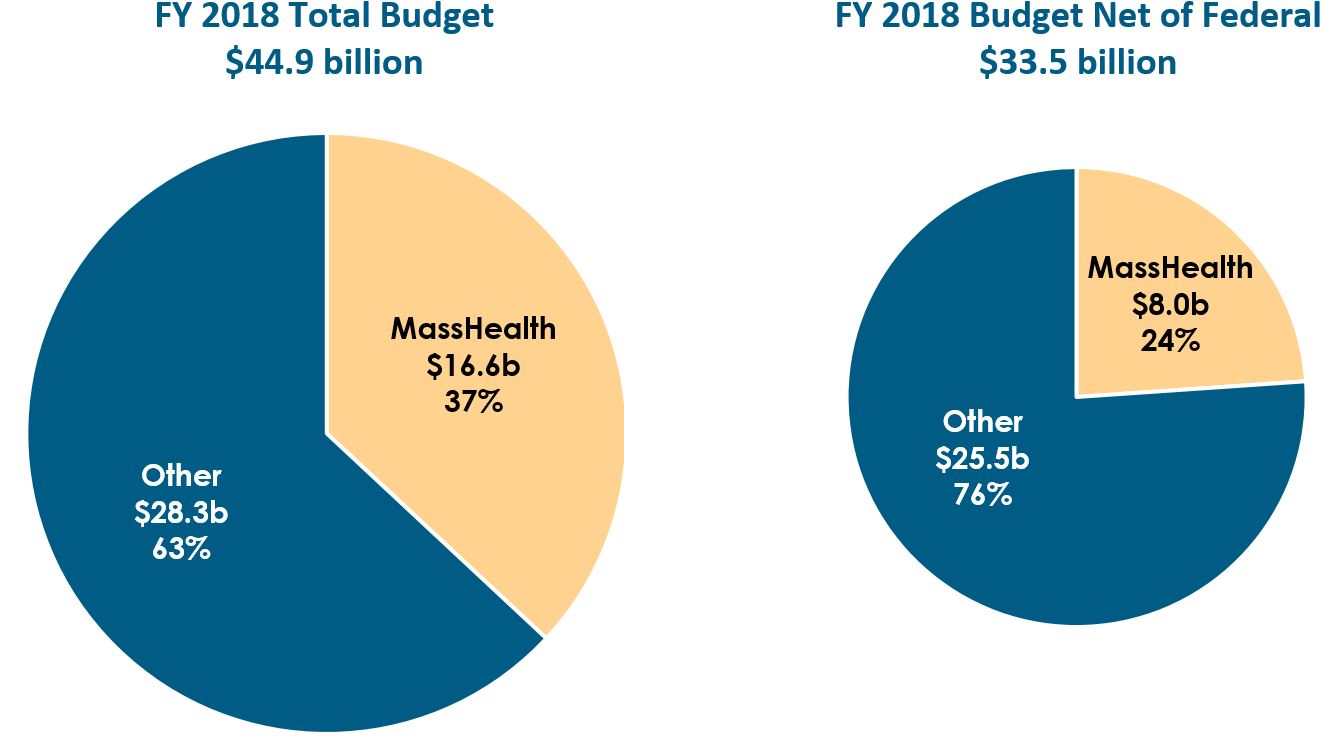 The “cost” of MassHealth—or for that matter any state spending—can be thought of in two ways. The “total (gross) cost” is the total amount spent on the program each year, including the spending from all the types of revenue. The net “state’s cost,” on the other hand, includes only the share of the total paid for by state revenues—that is, not including federal revenue or alternatively not including both federal revenue and departmental revenues such as fees and assessments. The Governor’s FY 2018 budget proposal assumes $27.4 billion in tax revenues and $11.4 billion in federal revenue. Reimbursement for Medicaid is by far the largest source of federal revenue in the state budget. There are a wide range of departmental revenues totaling $4.0 billion such as fees, fines, and assessments that mostly to help finance the cost of the activities that generate the fees. For example, there are assessments on some health care providers, premiums paid by some MassHealth members, and rebates received from pharmaceutical companies that support MassHealth. Revenues transferred from the lottery and trusts total $2.0 billion.4 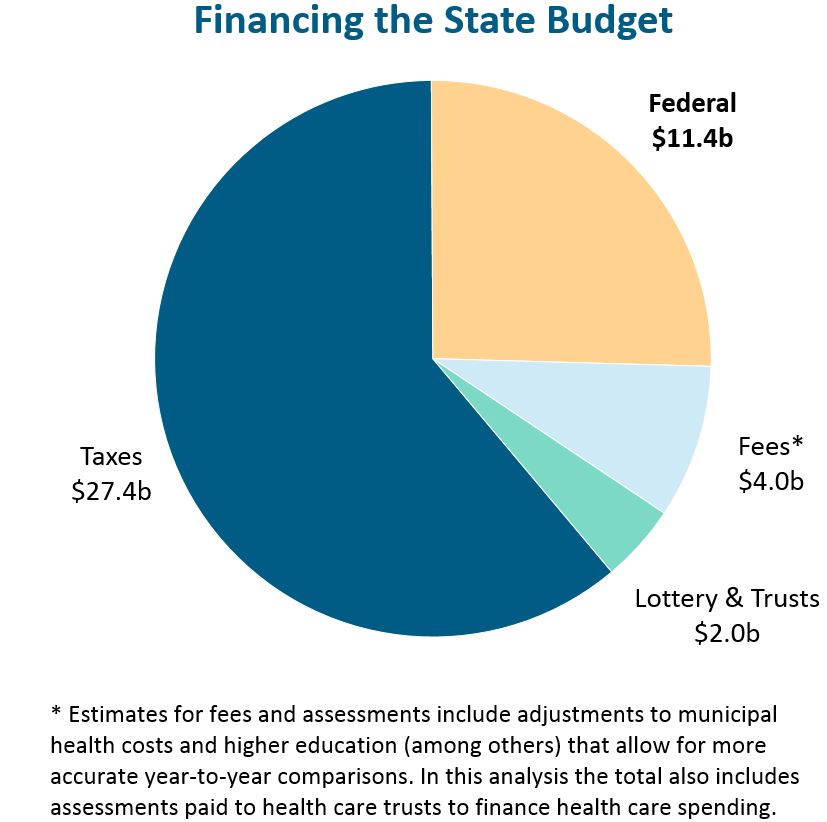 2 MassBudget’s “MassHealth (Medicaid) and Health Reform” total includes funding for the MassHealth program and its administration at the Executive Office of Health and Human Services; funding for the Prescription Advantage program; funding for health planning, technology, and finance; and funding transferred into trusts established to support the state’s publicly-funded health care. See MassBudget Budget Monitors for details. MassBudget’s state budget total is higher than typically presented. It includes funding allocated prior to the legislative appropriations process (such as the portions of sales tax revenue directed to the MBTA and for school building assistance, funding for pensions, and tobacco excise tax allocated for spending on health care). For details, see the explanation at MassBudget’s Budget Browser here.