Funding for Dept. of Children and Families and Children at the Dept. of Mental Health, FY 2009 – FY 2013 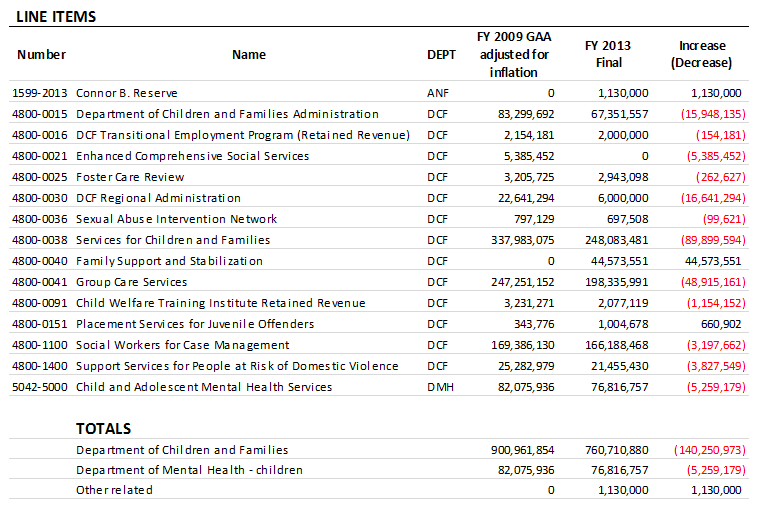 Funding for children through the Department of Children and Families and the Department of Mental Health has been cut significantly since the beginning of the Great Recession in Fiscal Year 2009. Because of the shifting of funding from one line item to another (for example, the shift of funding into group care) it is most useful to look at the departmental totals.

Please note another important point. In FY 2010, the administration centralized much of its information technology functions within the executive offices. Approximately $8.9 million of the reduction in funding for the DCF administrative office between FY 2009 and FY 2013 may reflect this shift of funding, and should not be interpreted as a budget cut. Allowing for this shift, the total reduction in DCF funding adjusting for inflation is approximately $131.4 million, or 15 percent.